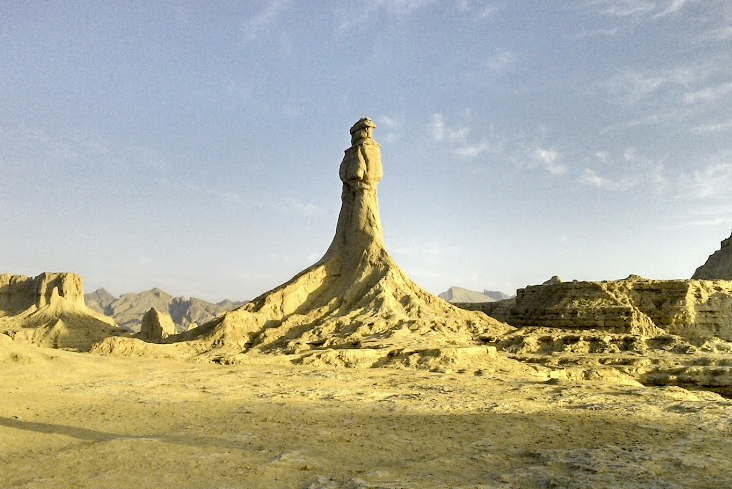 One of the hallmarks of Hingol National Park is a rock called the Princess of Hope. Seen from afar, it looks like a statue of a tall woman looking for something in the distant horizon. When the famous Hollywood actress Angelina Jolie came to Pakistan on a UN goodwill mission in 2004, this rock became the center of her attention and she named her 'Princess of Hope' or Princess of Hope. It is said that it was not created by man but by ocean winds and erosion. 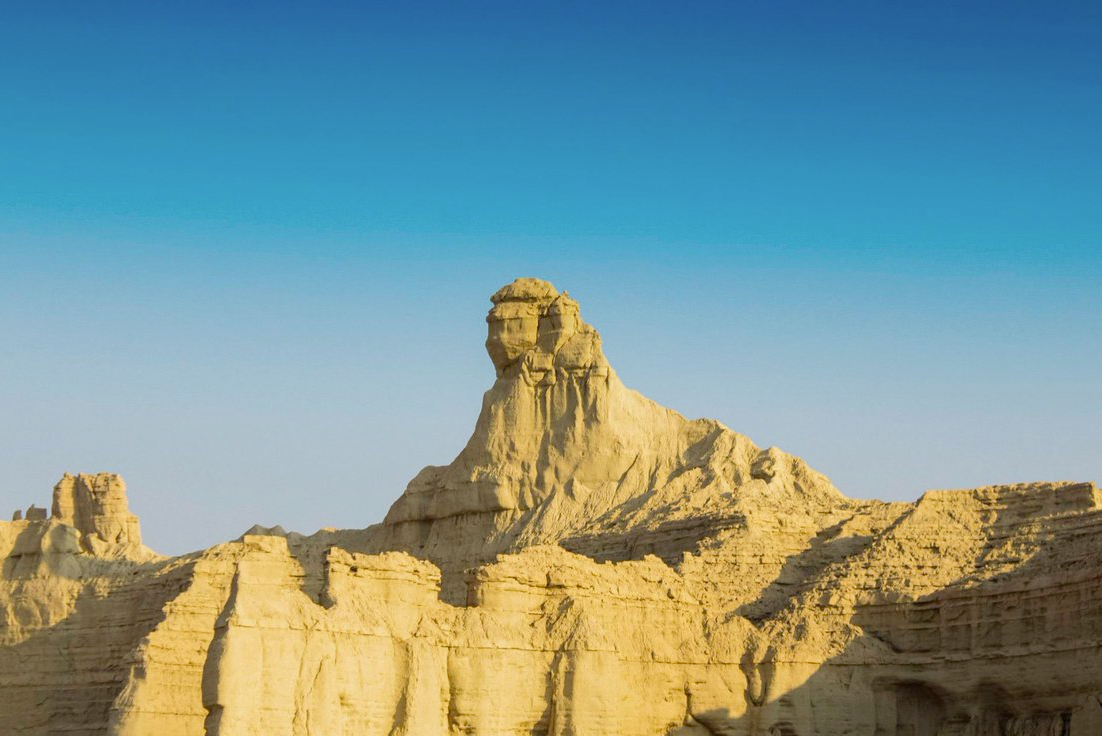 The Balochistan Sphinx, also known as the "Lion of Balochistan" or Abul-Hol, is a natural rock structure that bears resemblance to a sphinx and is visible from the Buzi Pass section of the Makran Coastal Highway.

Mud volcanoes ranging in height from 800 to 1500 feet are abundant in Hingol National Park, mostly in the Mid-Hor area. According to Muhammad Hanif Bhatti, a well-known traveler from Karachi, when he first saw the Chandra Gupta mudflat in Hingol National Park in 2010 he was amazed by the beauty and uniqueness of this natural process. At the time, the volcano was difficult to reach, but since the completion of the highway visitors to the mud volcanoes have increased significantly. 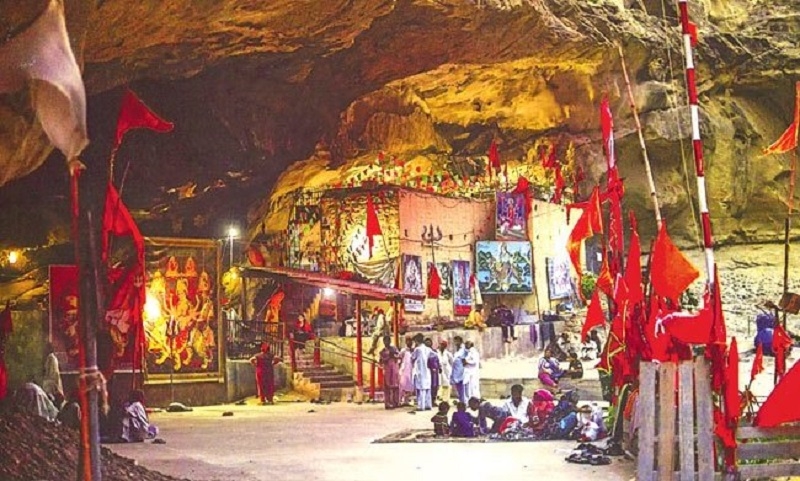 Hinglaj Mata mandir, or Nani Mandir, is one of the most important Hindu shrines in Pakistan and the site of a pilgrimage that brings over 250,000 people to its location at the center Hingol National Park every spring.

The Kali Mata temple in a cave in the Hanglaj Valley is said to be 200,000 years old. The annual festival is attended by 20,000 to 30,000 people and is organized by a committee of leading Hindus from Sindh and Balochistan. There are only four passenger compartments, so most pilgrims stay in tents, while many have to stay under trees or in the hot sun. Apart from accommodation, the most difficult for the pilgrims who come here is to climb the Chandra Gup Mt. Muslim tourists are allowed to enter the temple only after undergoing a rigorous identification process. 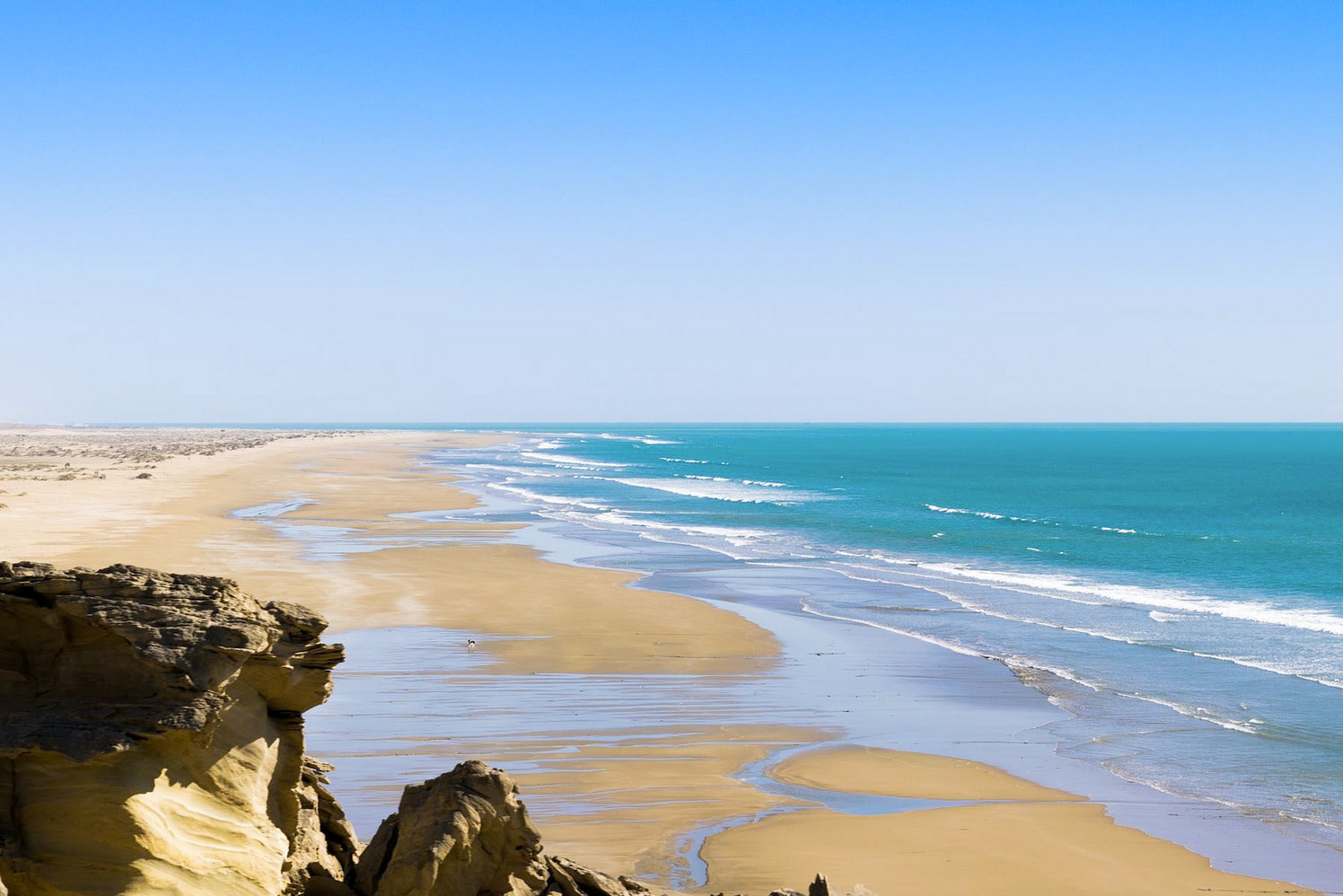 The beach adjacent to Kand Malir on the last corner of Hingol National Park, also known as 'Virgin Beach', was added to the list of Asia's 50 Most Beautiful Beaches in 2018. The deserts, high mountains and volcanoes along this golden coast add to the tourist attraction, but unlike other beaches in Pakistan, much of the tourist activity has not yet begun here.

Traveling along the Makran Coastal Highway, one can easily reach Sapat Beach in Boji Koh, another enchanting beach in Balochistan. The Hingol National Park Management Team consists of more than 20 members, including the Wildlife Pakistan, the Provincial Department of Livestock, Environment and Tourism. But with the Balochistan provincial government managing the park, many areas still need reform.